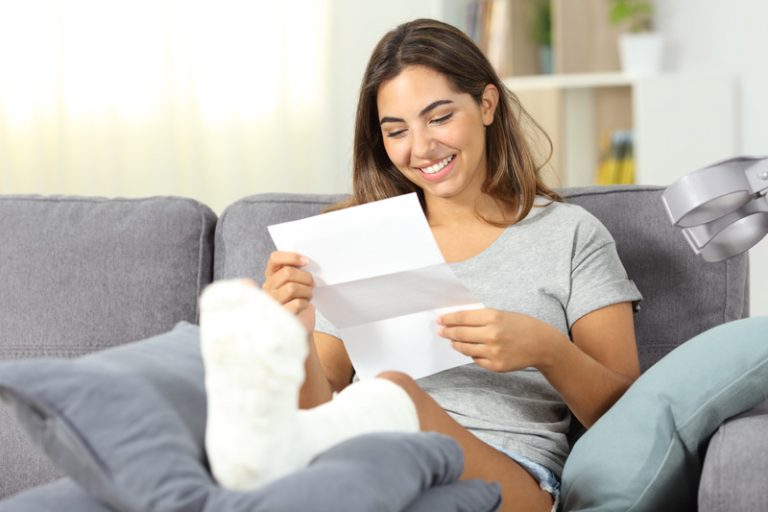 How Long Does a Personal Injury Settlement Take?

When you’ve suffered an injury and the bills are piling up, it’s understandable that you may be eager to quickly settle your personal injury claim in order to have access to cash sooner rather than later. However, the tradeoff is that you could not get full compensation. Patience is a virtue, as they say, but in the case of personal injury claims, it’s also necessary to ensure you get what you deserve.

A settlement can take a few months for a simple case, to two or, in rare cases, three years or longer, for a more complex case. Let’s take a look at some of the major factors that can impact the length of time it can take to settle a personal injury case.

Severity of the injury: Relatively minor injuries such as a neck and back sprains can be fairly straightforward and temporary, and those cases can often be resolved shortly after the medical treatment ends. However, a case involving brain injury, paralysis, or other severe and complex types of injury cannot be resolved as quickly.  Your damages cannot be assessed accurately until your medical treatment ends or the condition stabilizes at maximum medical improvement, which can take a very long time with some injuries.  Until then, your attorney will not be able to accurately value your case. If you settle before the full course of treatment required and the degree of remaining disability are clear, the insurance adjuster will be offering less and you might end up settling for much less than if you wait until your condition is stable and your full damages are known.   Also, regardless of how clear things seem, when more money is going to be involved in settling a claim, more effort will be made to find a way out of paying full compensation, so it just takes longer to wring the money out of an insurer that has an incentive to question everything.

Amount of money involved: Insurance companies will do whatever they can to reduce the payout or to eliminate compensation altogether in a personal injury case.  They will happily give you a quick settlement when they know that your damages are worth a lot more than the settlement amount.  For example, when your damages clearly exceed their policy limit, and stalling will only waste money for them, a quick settlement for the policy limit is very common, and in those cases it is appropriate.  But when there is a large policy limit and they have enough money available to cover your damages within that limit, they will not move as quickly.  When your serious injuries require a very large payment for full compensation, they will stall, looking everywhere for a way out of the responsibility.  They will intensely challenge everything from their liability to the extent of your injuries to the amount your doctors charged.  They will insist on a defense medical exam with a doctor who will reliably say that your problems, if they even exist, are not from the accident, regardless of what your treating doctors say.  They will be fully aware that you are feeling desperate for compensation, and they will attempt to wear you down so that you may be willing to accept a smaller settlement.  They may refuse to even make a first offer of settlement until a mediator is hired, and even then, sometimes they show up and offer no money or an insultingly small amount because they claim there is still too much uncertainty about the case.  Often, if there is a set amount of time for a mediation session, they will not make anything close to a serious offer until the time is running out, or even until a second or third mediation session is taking place.  The insurers know that stressed out people in an unfamiliar, uncomfortable situation such as a settlement negotiation can be pressured into making bad decisions.  For some insurers, this almost seems to be their standard practice, because it is very profitable for them to stall until the claimant is feeling desperate and will take a bad settlement rather than wait for full justice.

Evidence Needed:  The insurer will want to see clear evidence of fault by their insured before they will accept that they have to pay for the damages caused in the accident.  In some cases, this may be difficult to prove due to a lack of witnesses or lack of recorded evidence. It is always a very, very good idea in a motor vehicle accident to call the police to come and document the accident, even if the at-fault driver admits it is their fault at the scene and tells you their insurance will pay.  They may change their story, or the insurance company may have their own ideas.  You should always get the identity, phone number and email of any eyewitnesses, take photos of the locations of the vehicles after the wreck and of any visible tire marks or other evidence, at the scene.  You should get a photo of the at-fault driver’s license, their insurance card, their car’s damage and its license plate, and your own vehicle’s damage at the scene (and it’s good to take a photo of the driver and any passengers, in case they later deny that they were there – it happens!).  After you are done with the police and with documenting the accident, you should go get medical attention.  You can document your injuries and find out what to do to minimize your pain and discomfort and disability from those injuries.  If you wait for days or weeks to see a doctor after being injured, the insurance adjuster is likely to accuse you of having been injured in some other event after the wreck or having a pre-existing condition, and they will not be inclined to accept that your injuries are real.  Perfectly legitimate claims can be defeated this way, so get to a doctor right away, and call a lawyer.

Number of parties involved:  When multiple people have injury claims from the same accident, the insurance adjuster will generally not be able to settle any of them until the claims information from all victims has been received and reviewed.  They have a duty to protect their insured by resolving claims against them while not exceeding their policy limit in payments of the claims.  They also have a responsibility to be fair to all claimants. It can be helpful if the attorneys for all the claimants communicate with each other, so everyone understands what is happening with the other claims and how long it will take to resolve them all.  Multiple- victim cases just take longer to resolve.  If there is one person whose injuries take a long time to resolve, everyone else will usually just have to wait.  Sometimes, though, attorneys who communicate well with the other claimants’ attorneys can find a way to get the adjuster to resolve the smaller claims while waiting for the person with a much larger claim to heal, just based on knowing the way the insurance policy is written and working in cooperation with each other to show the adjuster there is no reason to make everyone wait.

Keep in mind that no two cases are the same, and because of the intricacies of the process, it’s important to retain the services of an attorney so you don’t make a mistake that will diminish, delay or even prevent your settlement.  Claimants with lawyers end up with more in their pocket even after paying their attorney than unrepresented claimants get.  The insurance company is expert at denying or diminishing claims.  You need someone on your side who really knows the ins and outs of dealing with them and who can litigate a case if an acceptable settlement cannot be reached. At Schiffman Law, our more than 60 years of experience ensure the expert handling and negotiation of your personal injury case. Call our office today at (602) 638-2864 for your free consultation.